Joined 9 mo ago
·
6 Posts
Hey Folks, thanks to everyone who has contributed on clubtouareg. I have gained a lot from this site and this is my way of well….. as kanye said…. “imma give it back”.

The one thing I couldn’t find on the site was a good highly detailed review of replacing a RCD550 w/ an Android stereo. If there are some that I missed, please comment them on this thread.

The unit I bought was a Joying model JY-VO133N4GS, I can't seem to post outbound links here on clubtouareg but I bought it on Ali Express from the seller "Joying official store"

I had some experience w/ the Joying before and I have a gut feeling they are a higher quality than most Chinese stereo companies so I took a risk (limited reviews and mostly in Russian) and bought this for ~$350: It is going in a 2012 TDI Sport. Required: I bought an ($8) "Car Panel Radio Removal Tool Auto Car Door Clip Trim Dash Audio Removal Installer Pry Tool" on Amazon (again - sorry, site is not letting me post links), you need the little hook thingys from this to get the RCD550 out (pic below).

Buying it
In case the link goes stale, this is what I bought:

I’ve never bought on AliExpress. I’ve heard rumors that your CC number may never be the same. I don’t know if that is true at all, but they accept paypal so no worries there. Joying isn’t selling them directly which raised a yellow flag but you’ll see from this review I am happy. Shipping was reasonable – it came when they said.

Like other reviews I did see, install is easy once you know a couple tricks (more on that below)

A note about screen dimming
Instead of auto screen dimming, what they have is two separate brightness settings: one for day and one for night and you can set the brightness level manually on both settings for a lot of customizability. I max mine out at 100% for day, and set mine to the lowest setting for night. I suppose some might ask for it to be a bit brighter overall, but I like it the way it is. Also – you can press/hold the right dial for 2-3s and the screen turns off which I really like. It also has a customizable screen-turn-off setting at 2,3, or 5 mins (if I remember correctly). Map apps can not override this; meaning if you are using maps for directions and the timer kicks in, maps go off.

This car stereo is more like a Android Tablet that runs Android OS than a typical car stereo.

I mainly use the stereo for Carplay. On the off chance I am w/o signal and need directions, I have installed maps.me and downloaded all the maps for ‘merica and canadia.

I use Carplay wired because my phone always needs juice and wireless carplay seems to use both Bluetooth and wifi and there is also my house wifi involved w/ the android deck itself (although I could turn that off I guess). It just seems like too many radios going at once and I seemed to have some issues but also I did not spend the time to address them – I just prefer wired. Its cool it supports wireless should apple ever really support wireless charging and I get a new phone. In the case of wired, when you plug your phone in, it kicks in the “Z-link” app which gives the stereo carplay capability. In the case of wireless, if Z-link was the last app you used, it will start automatically next time you turn the car on – so getting in/out of Carplay is pretty automated which is nice.

I connected the Android OS to my home wifi which is only useful in the garage. The only thing I really wanted to do was download maps.me in the off chance I lost my phone or I don’t have connectivity – I wanted a backup map solution. Otherwise the fact that the Android OS is connected to the internet (again, only in my garage) is irrelevant.

When the phone is connected via CarPlay, the Carplay app/OS automatically gets internet access via the phone.

She works great in carplay mode. At any time you can talk to her, she’s a bit slow as compared to the phone directly but totally fine.

‘Ok Google’ also works, but since I don’t have my phone connected to the deck as a hotspot via Bluetooth/wifi and I also don’t have a sim card for the deck itself (it supports that) the deck core OS is pretty much offline all the time. I would imagine for you Android Auto users that once A.A. is launched you also get internet via your phone.

Again and in other words, my deck gets internet via my phone via a wired connection and I prefer it that way.

Connecting the stereo to the Car’s brain

Oil/service info exactly the same as stock. I could never really get the stock oil gauge to work, it was always telling me to wait for the vehicle to warm up so I cant really say if the oil level info is right, but I can say I have about 3k miles driven since the last oil change and this is what it is showing.

Some grammar issues on this screen, my corrections are in red.

As mentioned, aside from the ability to program homelink, as far as I can tell the Android stereo replicates all the features of the RCD550’s ability to interface with the car.

It is critical that whenever you insert your key into the car, the airbag switch is installed. Even though I knew this 100% I still f’d it up. Luckily you can rent Ross Tech Vag-Com cables from ebay to resolve for about $35 for a week. You can make some VCDS mods at this time, I liked the gear indicator on the dash for example.


First, The thing above the stereo in the dash, it has a name I guess, I call it the “sunglass holder”…..a couple things:


You don’t need/use the keys ever again, the new stereo doesn’t lock in like the old one and doesn’t need keys – just the two torx screws. I don’t have any concerns about this, it seems to be robust after screwed in.


Install
Pretty straightforward, you wont use the OEM GPS connection but otherwise everything pretty much plugs in as you expect.

The install manual misses a key point, you must connect the CAN IN connector to the CAN OUT connector. Not sure why it wasn’t connected from the factory, maybe an oversight:


I did a DIY mic install using the blank on the button bar. I should have been more careful and could have done a better job. People say the sound quality is good though.

It would have been even cooler if joying supplied a mic mount like this.

Next up for me is to install this backup camera:

I haven't installed it yet, but apparently there are a couple tricks to this:
- You want a camera that does not have its own guidelines (or ability to turn them off) since the deck has them
- You want to run its power connector all the way to the deck – don’t tape your reverse light for power or your t-reg will get mad at you

Anyone know of a similar detailed writeup for push-to-start? Not kessy keyless entry, just the push-to-start button for a T3?

Joined 3 mo ago
·
2 Posts
Wow - Very interested in doing this on my 2016 TDI Lux. Does wired carplay work with the steering wheel controls?
S

Joined 3 mo ago
·
2 Posts
When you removed the MMI from the glovebox, was it a straight swap in? Did you need to disassemble the whole dash?
T

Joined 9 mo ago
·
6 Posts
@SFtregTDI Check w/ the seller on AliExpress but I think Lux models have a different stereo than my Sport, I think yours has an amp and dsp and this unit may not be compatible (aka easy to swap in). I didn't understand your question about MMI, but the glovebox was not involved w/ this stereo swap.
S

SFtregTDI said:
Wow - Very interested in doing this on my 2016 TDI Lux. Does wired carplay work with the steering wheel controls?
Click to expand...

Unfortunately this will not work for RNS850 equipped models. 2 totally differently designed HU's. For Android capability you need something like this 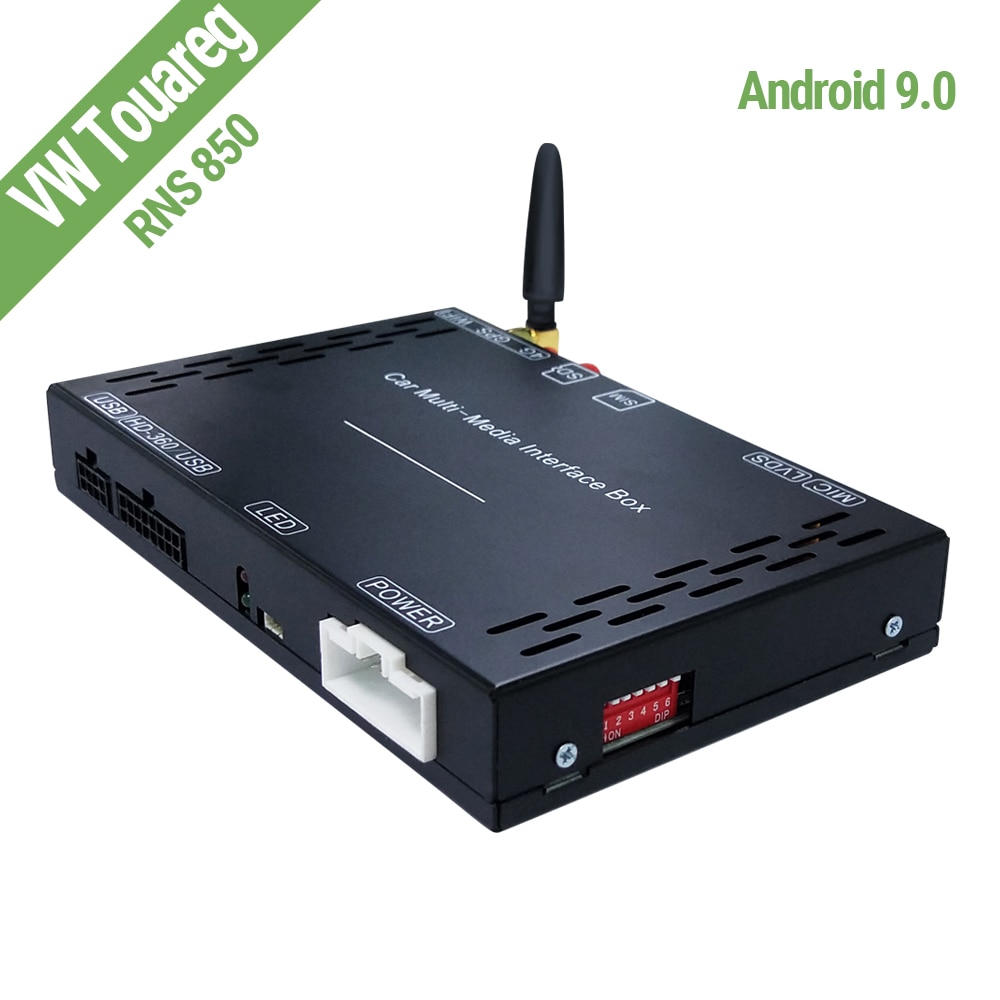 Joined 9 mo ago
·
6 Posts
Being happy with the Android HU swap, I decided to take on a speaker upgrade only because there was such good info on this forum. This post is a riff on a couple posts about door speaker upgrades and adding a center channel “to improve imaging” as the poster said.


Not the best pic, but you can see there is enough room for them if you place them far back to give clearance for door/window control switches.

- Door Speakers: The OEM tweeters are glued in, I used a dremel to cut the glue off the tips of the OEM plastic mount. Sounds hard, but very simple, you could even use a cutter tool. Then the replacement tweeters came with a perfect plastic mount that I used JB weld to epoxy glue to the door frame:


- To control the volume of the center speaker I used an l-pad. This is kind of a cheap hack since the deck doesn’t have a center channel out and I didn’t want to invest in an amp (the deck seems to have plenty of power for my taste).

Joined 9 mo ago
·
6 Posts
Oh and the way I mounted the l-pad I can only adjust it when I pull out the head unit, which is find by me. It is more for one-time tuning.
1 - 7 of 7 Posts
Join the discussion
Continue with Facebook
Continue with Google
or sign up with email
Recommended Reading
Read More
Read More
About this Discussion
6 Replies
3 Participants
Last post:
timmer9000 2 mo ago
Club Touareg Forum
We’re the online community for Volkswagen Touareg owners to share knowledge about their VW Touareg Sport Utility Vehicles and more!
Full Forum Listing
Explore Our Forums
General Maintenance & Repair Brakes, Steering, Suspension, Wheels and Tires Australia & New Zealand Mobile Electronics and In Car Entertainment Drivers Lounge
Popular Communities