Joined Jun 22, 2019
·
4 Posts
Now that it's started to get cold here, I've run into some very strange issues with the cabin heat. Before I take it to the shop I thought I'd try here and see if y'all had ideas.

Vehicle: 2011 Touareg Hybrid (not, Climatronic dual zone system, No Dynaudio. Mileage 101,000. Previous owner had both of the water pumps replaced at some point. (the electric aux one was replaced twice).

Vehicle cabin heat functions continuously only at highway speeds (60 MPH+) except in the following circumstances:

If vehicle is operated at low speeds cabin heat is not functional unless engine revolutions exceed 2,000RPM. Similar situation evident with vehicle stopped and transmission in Park or Neutral. Cabin heat functional only when revs are held above 2,000RPM.

If vehicle is started from WARM or OPERATING TEMPERATURE condition, cabin heat may operate briefly (~60sec) before returning to blowing cold air until one of the above conditions is met (60+MPH or engine revs over 2000rpm).

Residual Cabin Heat (REST) feature only produces heat momentarily (60sec) and only if Cabin Heat was functioning normally when vehicle was shut off. If vents were blowing cold air at shut off, REST feature does not produce heat at all. I don't know how loud the auxiliary coolant pump is, but I do not hear anything (no clicks, no whirring, nothing) from the driver's side wheelwell.

Cabin Heat will not function continuously when vehicle is operating in Hybrid/Electric mode and the engine is not running.

Coolant is clean and clear. No sign of oil or excess pressure. I have heard a swishing/water rushing noise behind the driver's dash a few times mainly at startup. Engine Temp does not ever rise above operating temp - even in ambient temps above 98F.

This happens with the system in Auto mode as well as if I manually set the temp and fan speed. Raising the temp setting just causes it to blow more cold air.

Things I've tried: I thought this might be air in the system so I started with vehicle cold and loosened the resevoir cap and let it idle to operating temp. Or at least I tried that because the dang (wonderful) machine doesn't want to stay running once the battery is charged. I had to hold the gas pedal down to keep the revs up at least above 1200, so I couldn't really watch to see how much air i got out of the circulating line. I thought it fixed it, but it was a warm day and now the problem is back again.
N

Joined Sep 18, 2006
·
3,990 Posts
This one is going to be a lot of fun to track down. You have the engine water pump and thermostat. Based on the description, I think that those are OK.

You have some electrical pumps in there to test. I can hear a slight whir on my V8 when the REST is running. If you hear nothing, that electric pump is the first thing I would check.

You will also have on off valves in the system to test. The problem could also be a bad valve that is not opening or shutting when needed. Those valves have to be tested at some point.

Now, everything up to this point has been looking at the engine coolant. Being a hybrid, you may or may not also have a backup heat system. I don't know what the T hybrid uses, but an electric heat backup is the most common system addition. You might end up looking into that possibility before this is fixed. This feels right since "Cabin Heat will not function continuously when vehicle is operating in Hybrid/Electric mode and the engine is not running."

What you need is a troubleshooting guide for the hybrid hvac system. Good luck.

Joined Dec 6, 2014
·
326 Posts
The Hybrids have an electric coil sandwiched along with heater core. it sounds like you are getting heat from that, but as soon as engine raised to operating temperature and the electric heater is supposed to handover heating duty to coolant, you have no heat.
M

Joined Jun 22, 2019
·
4 Posts
Thanks for all the help. I'll start by removing the front inner fenders this weekend. I'll check the electric (V55?) pump first and then also verify that the magnetic valves are opening when the HVAC calls for heat. I'll post up once I've done that. I may try purging the system of air again while I'm at it. I need to bite the bullet and get a VAG-COM but I'm just not there yet. I don't have any warning or service indicators lit on the dash either.

Interestingly enough, I was out driving yesterday afternoon in ambient temps around 40F and the heat stayed hot almost all of the time. I even parked and sat in it for around 30min (had a fully charged battery, so the engine was not running). I was early for an appointment so rather than going inside I decided that I'd see how long I had heat - and it never quit. Strange.

The biggest issue - that I knowingly got myself into - is that the hybrid is really somewhat of a unicorn. I think I saw a production quantity figure somewhere during my research and I was astounded that it was so low but I can't remember what it was. So, there's nowhere near as much info out there as there is for other models. I know a lot is the same, but I imagine that there are worlds of difference too. The local dealer only has one mech that can work on it and he's expensive as crap. It's good to know that there is an electric coil in there. I've never got confirmation of that before, even from the dealer.
M

1. The cooling system still has air in it although now not as much as before. I managed to get it to take almost half a gallon of coolant.

2. The auxiliary electric pump is functioning but dang is mine quiet. I still can't hear the pump itself. If I hadn't stood at the front of the car with my head in the engine bay, I would have missed the sound of the coolant rushing through the hoses. This was clue 2 that I still have air in the system because I could hear a bunch of gurgling and rushing noises as well as feeling bubbles moving in the lines as well.

3: I don't have a key to remove my lugbolts.
AND
4: I'm not the contortionist I once was.

#3 & #4 conspired so I was not able to remove the inner fenders. I couldn't get the wheel and tire out of my way and there isn't enough room to work around it and get to everything. So, I settled for removing several screws and inserting my arm to feel around/peering through the gap I created at the back of the fender wells. There are two coolant lines that run up into the driver's side inner fender. One of them got warm rapidly once the engine was started. The other stayed cool. When I really got the heat going, the inside one was very hot and the outside warm but not hot. I'm assuming these are the supply and return lines for the heater core. I could feel liquid flowing through both lines. I could also feel bubbles. I'm curious how to get all the air out of the heater core with lines that drop so low between the engine and the core. Is there a bleeder screw somewhere on top of the core? Is this where a "vacuum fill" becomes necessary?

I was not able to locate the magnetic valves and test them.

5: I also identified a second, very small electric pump mounted near the front of the engine. This pump did not run at all today. It appears to be plumbed to a tiny auxiliary radiator above the passenger front foglight.

6: There is a sound that happens inside the driver's front fenderwell at times. I've heard it before through the dash. It's like a "clunk-kerchunk" sound and it's shockingly loud when one's head is right next to the outside of the fender. I usually hear it when the engine starts or stops in hybrid mode. I always assumed that this was normal and was likely a solenoid or something connected to the hybrid system. Now I wonder if it's the electric pump starting or stopping. It does not happen when activating REST. I can't connect it to heat coming or going away yet.

After all of today, the heat seems to be working a larger percentage of the time but it's still intermittent. Unfortunately, now it's not as clear cut as before. I managed to keep heat several times with the engine not running (hybrid mode) and even got heat several times out of the REST function. One time, I had the heat going when the engine shut down and it stayed hot until the temp gauge dropped to 160. The engine restarted again and the heat stayed working until the temp reached 200 again and the engine shut down and then the heat went away.

Ideas? I really want to try to identify this because I know that if I approach a shop or the dealer, they're going to assume "plugged heater core" or something similar and just start throwing parts at it until it's fixed or I'm broke.
N 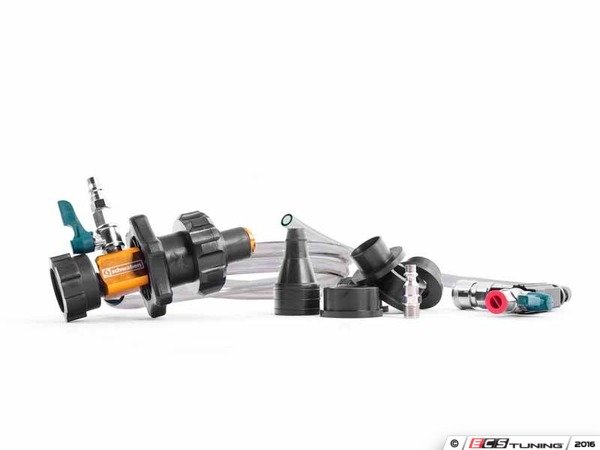 Joined Jun 22, 2019
·
4 Posts
Did some more digging in the forums this morning and saw another article from someone with a similar problem (https://www.clubtouareg.com/threads/no-heat-and-blowing-cold-air.290499/). Question: would a VCDS scan tell me whether those isolation valves are opening and closing or faulting out? Do you have any idea if the VW dealer's scan tool will give them the same information?
1 - 7 of 7 Posts
Join the discussion
Continue with Facebook
Continue with Google
or sign up with email
Recommended Reading
Read More
Read More
About this Discussion
6 Replies
3 Participants
Last post:
MadScientist 8 mo ago
Club Touareg Forum
We’re the online community for Volkswagen Touareg owners to share knowledge about their VW Touareg Sport Utility Vehicles and more!
Full Forum Listing
Explore Our Forums
General Maintenance & Repair Brakes, Steering, Suspension, Wheels and Tires Australia & New Zealand Mobile Electronics and In Car Entertainment Drivers Lounge
Popular Communities